During our trip from Japan back to Europe, we had a 20-hour layover in Abu Dhabi.

Despite being dead tired after the overnight flight, we wanted to make the most of our time in a country (UAE), we’ve never visited before.

The only plan we had, was to visit the Grand Mosque. But we wanted to be there during sunset to get the best light for taking pictures, and it wasn’t even 8 AM yet. We thought about renting a car to get around easily. The lady at the rental car counter actually gave us the idea of driving to Dubai. A one-way trip only takes about 1.5 – 2 hours.

So – after visiting the second tallest building in the world two weeks ago – we now had the chance of visiting Burj Khalifa, which – at 830 meters in height – is the world’s highest artificial structure.

We parked at the Dubai Mall, which is free. The mall itself is huge (Wikipedia says it is the largest in the world – of course), but the only real attraction is the aquarium with sharks and manta rays. There is a direct entrance to the Burj Khalifa from inside the mall at the lower ground level.

The observation decks are called „At The Top“. Ironically the standard ticket only gets you to level 124 (of 163). If you opt to go to the 148th floor – which they call the „Sky“ level – you have to pay a pretty premium: about 500 AED (around 120 Euros). With this package you buy VIP treatment: starting out in a lounge like area, where you get served traditional arabic coffee and dates, a short guided tour on the history of the building, then you take two elevators to the top, where you will be served coffee, fresh juices and sweets. 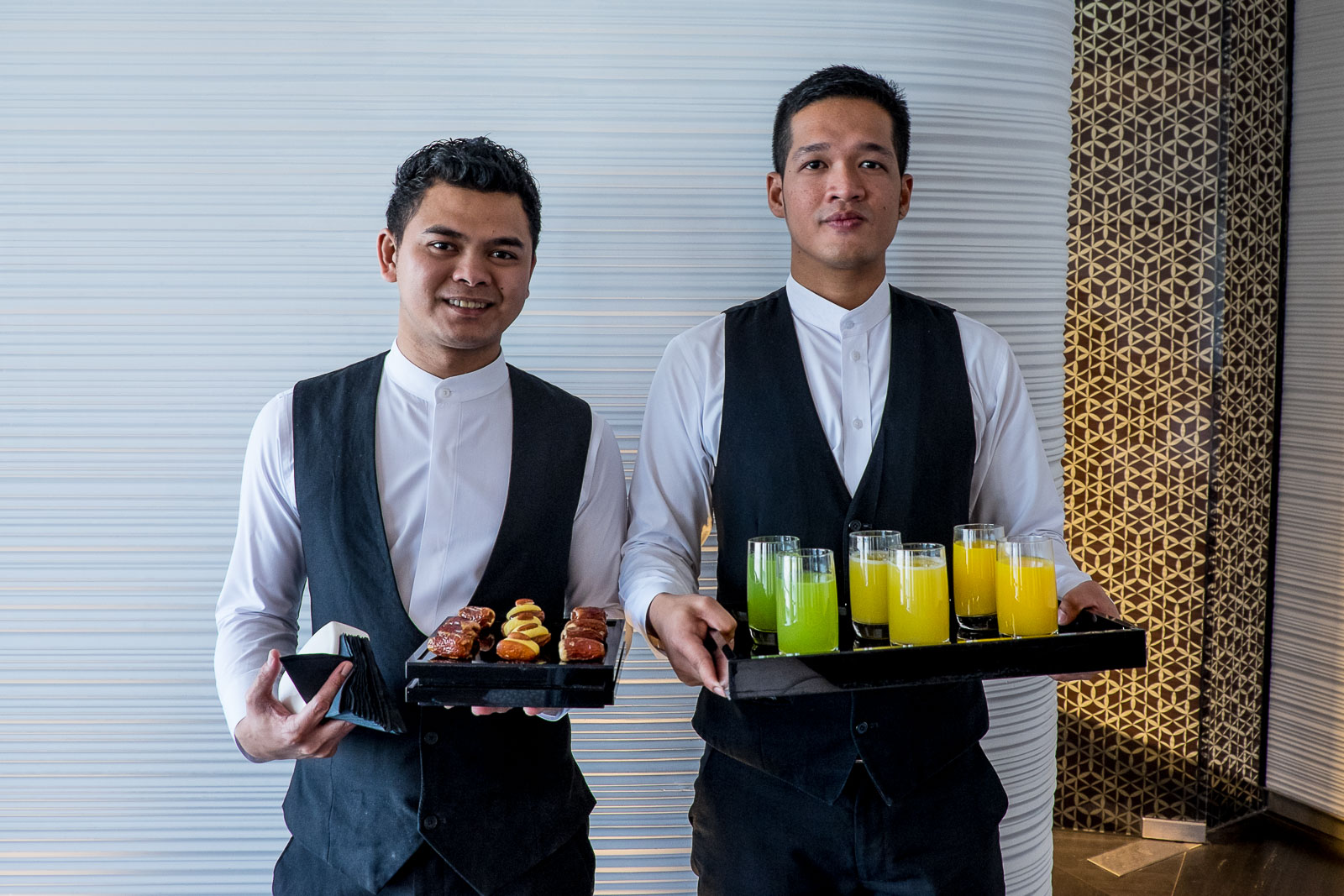 You can usually stay up there for 30 – 40 minutes, but nobody bothered us to leave, so we stayed a bit over an hour to take pictures and enjoy the view. On our way down we stopped at level 124 (the regular observation deck), which is much more crowed. 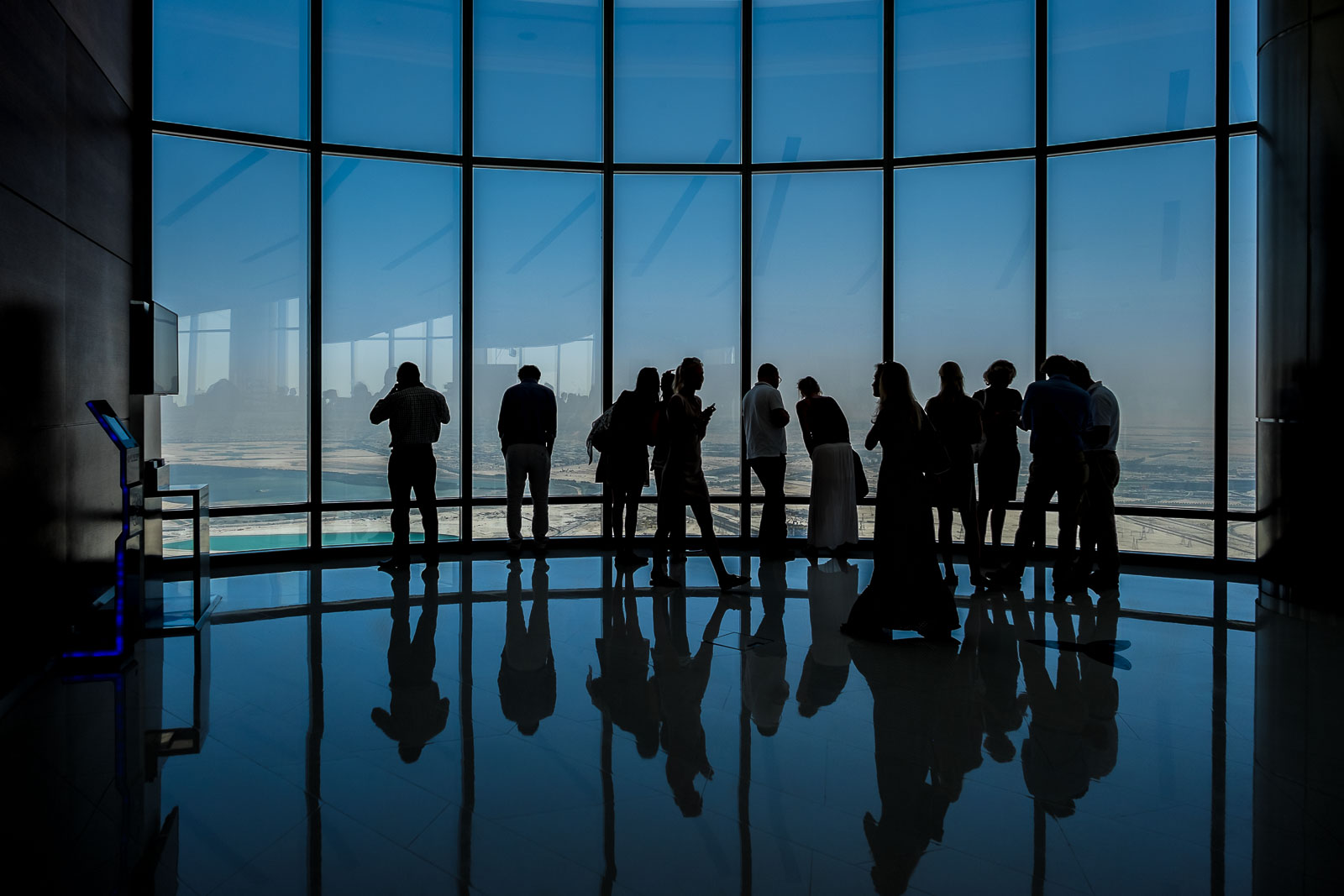 Back in Abu Dhabi, we drove to the the Grand Mosque, which I wrote about in another post. It is a must-see! 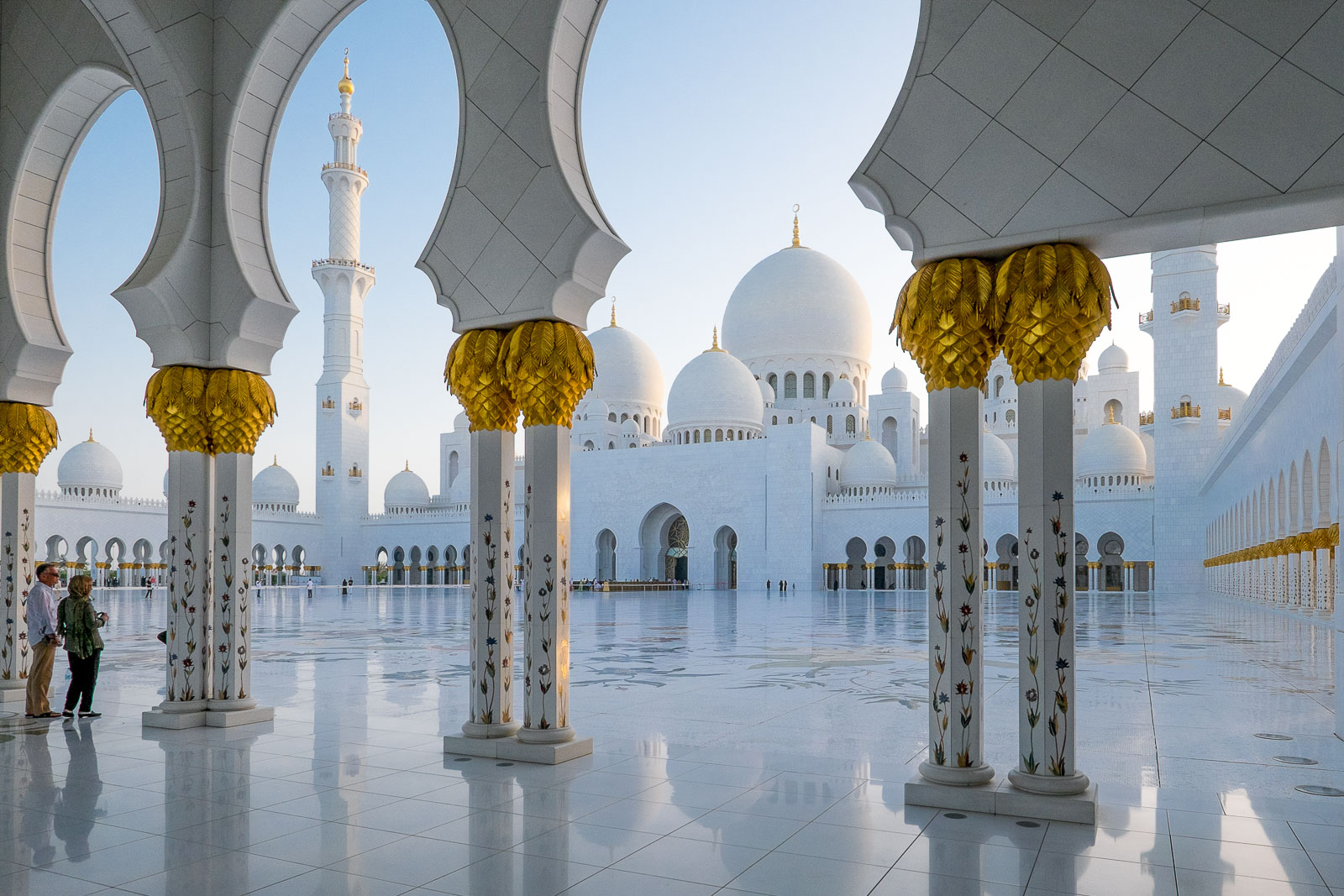 We drove around a bit after that and then went back to the airport.

We still had lots of time before our flight so we decided to check out the Sleeping Pods. It looks way fancier on their website than it actually is. I would compare it to a dorm in a hostel, not a fancy napping place for business people. I guess if you are really, really tired you could give it a shot. It’s definitely more quiet, than sleeping at a gate. An hour costs 48 AED (about 12 Euros).

Enjoy some images from the top. 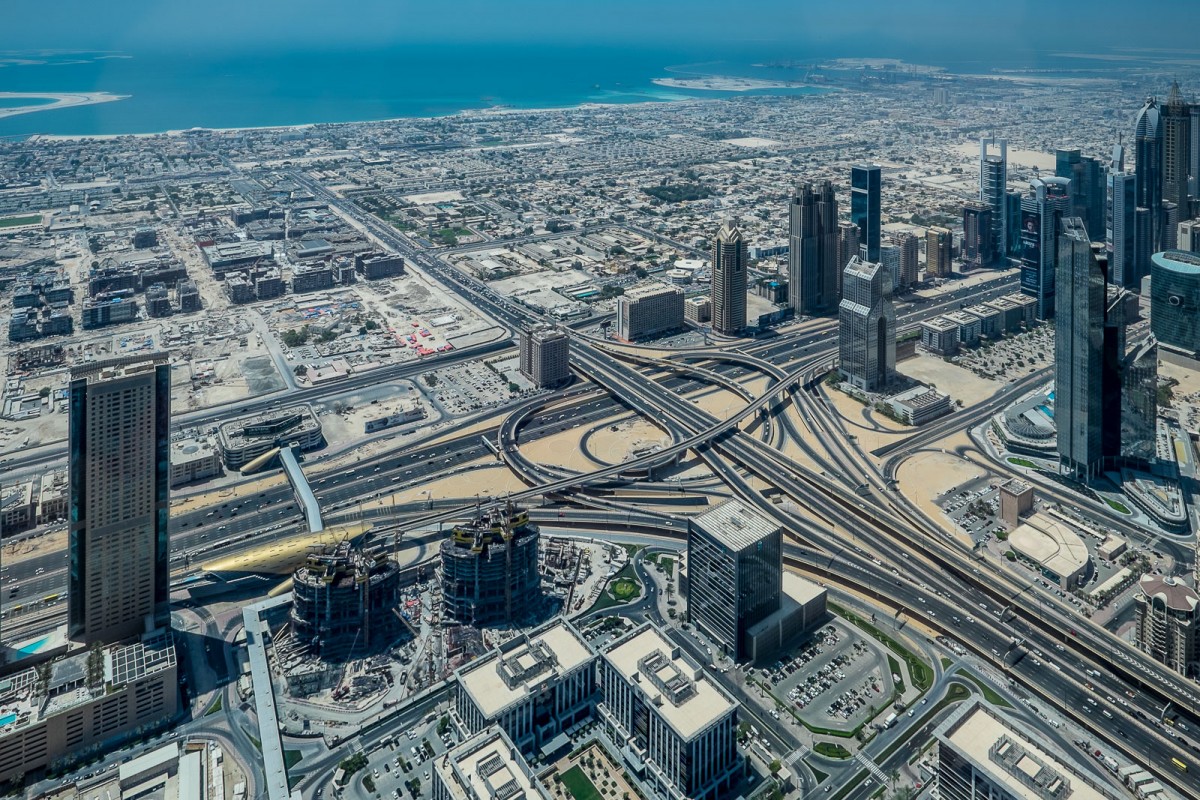 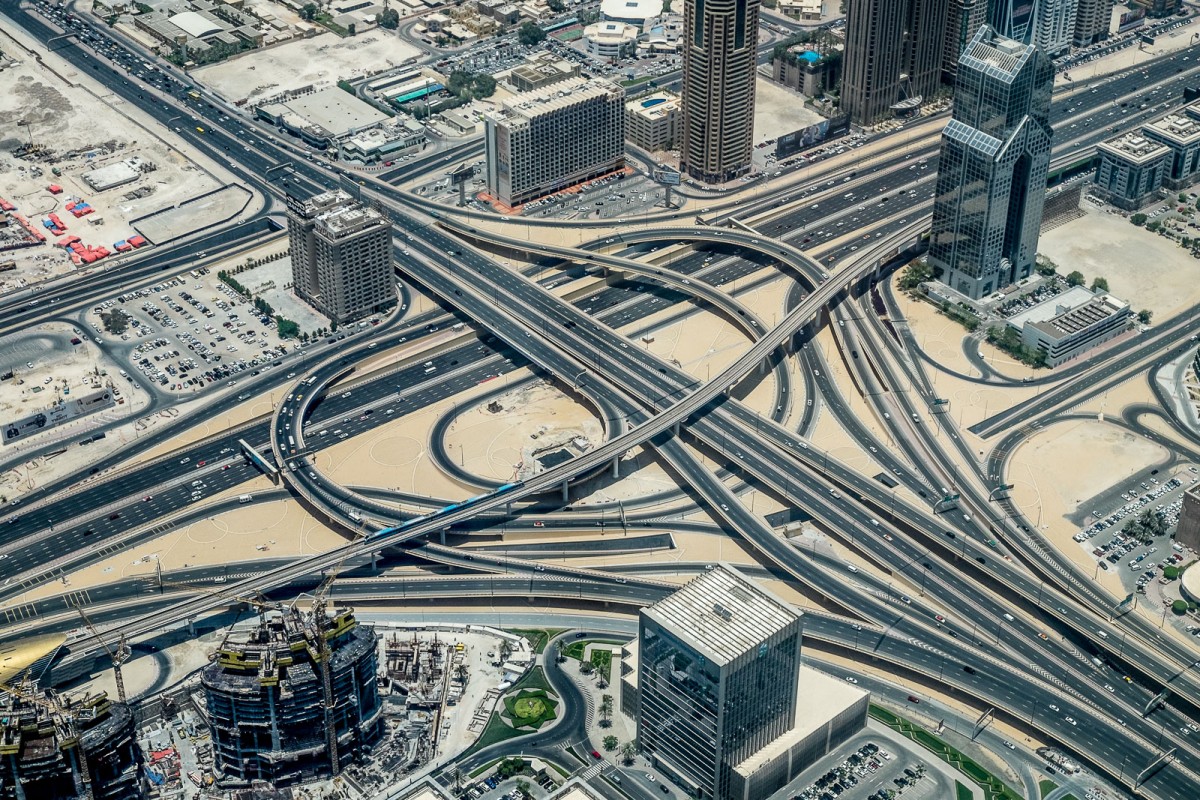 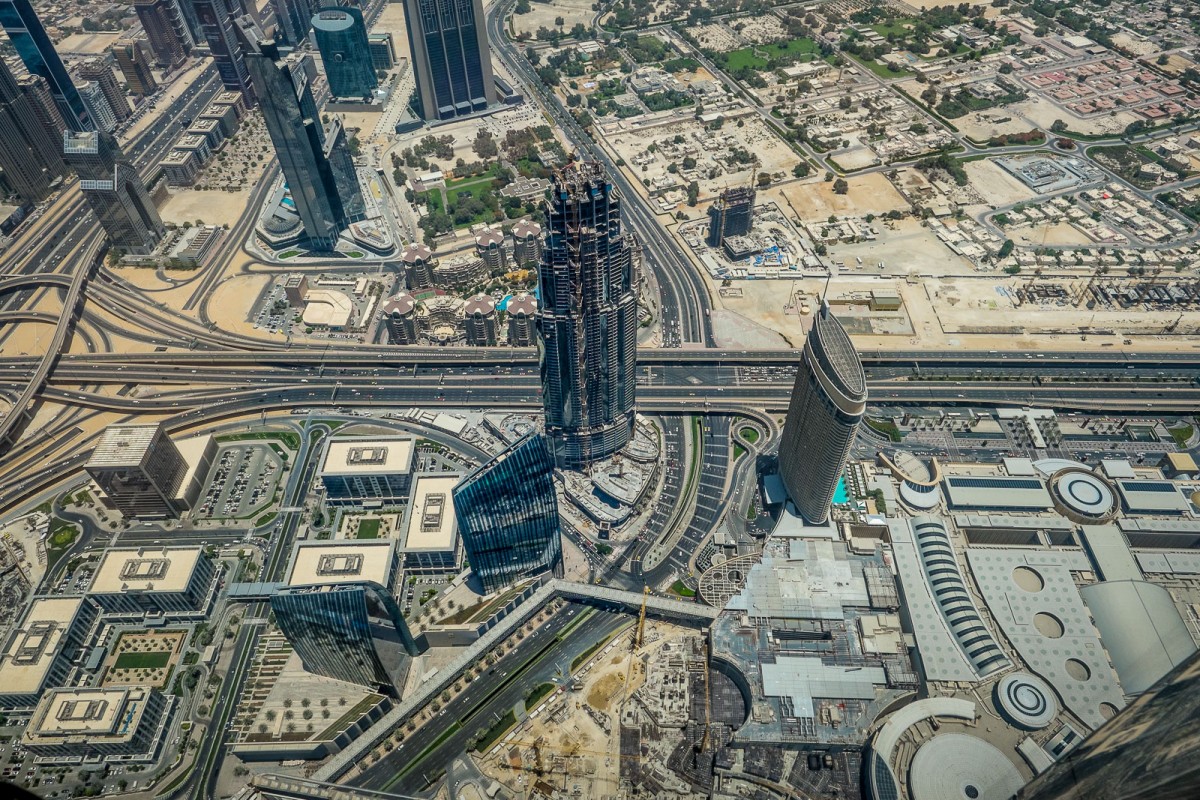 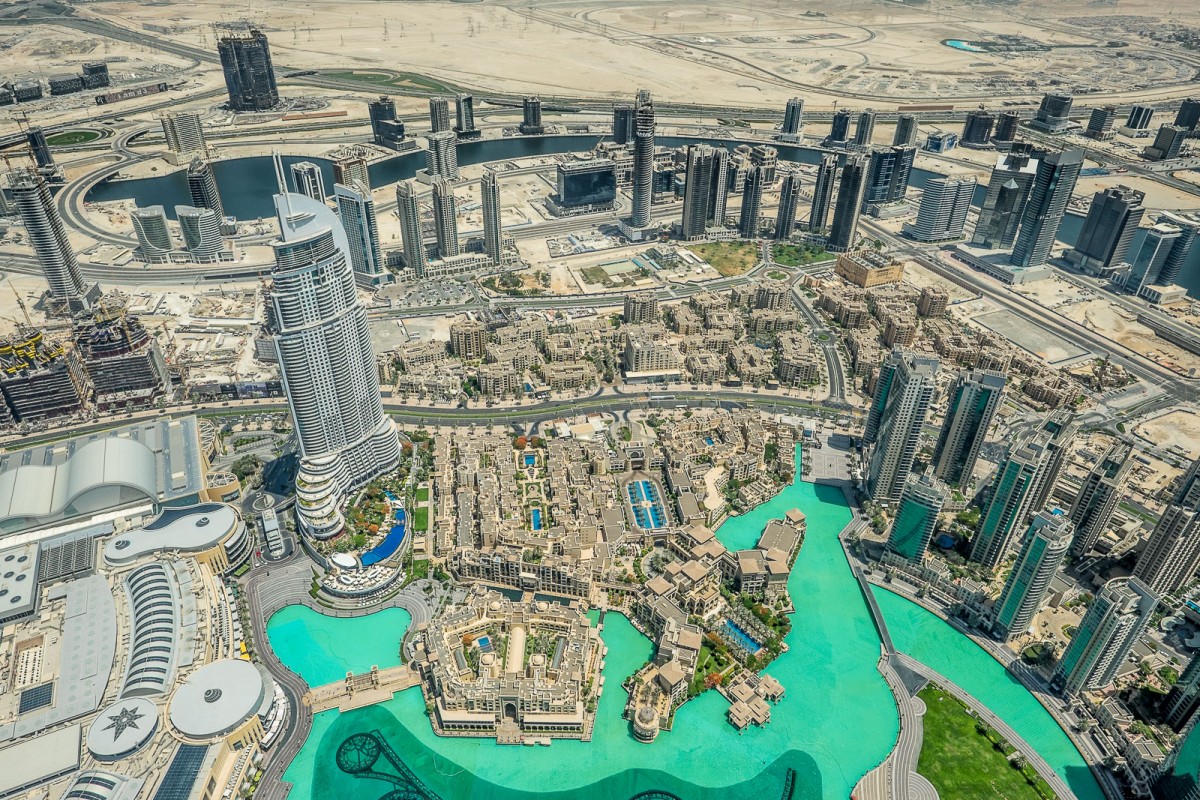 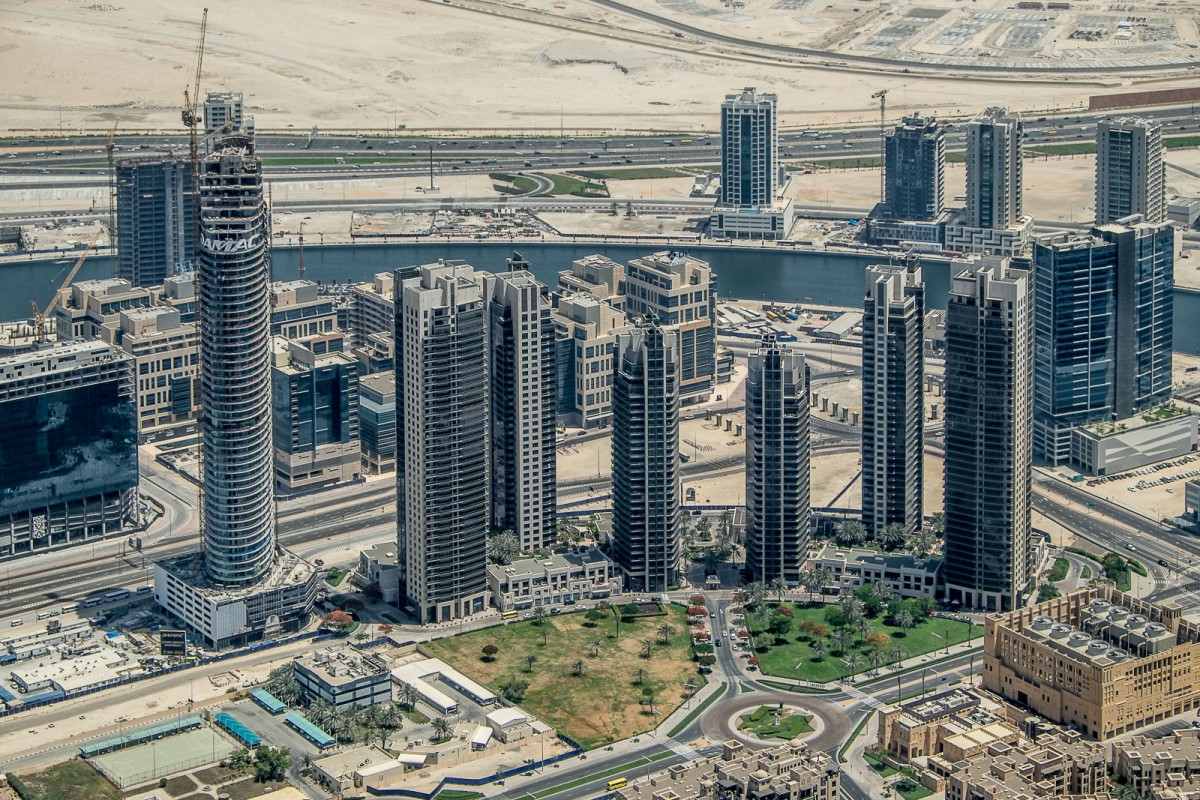 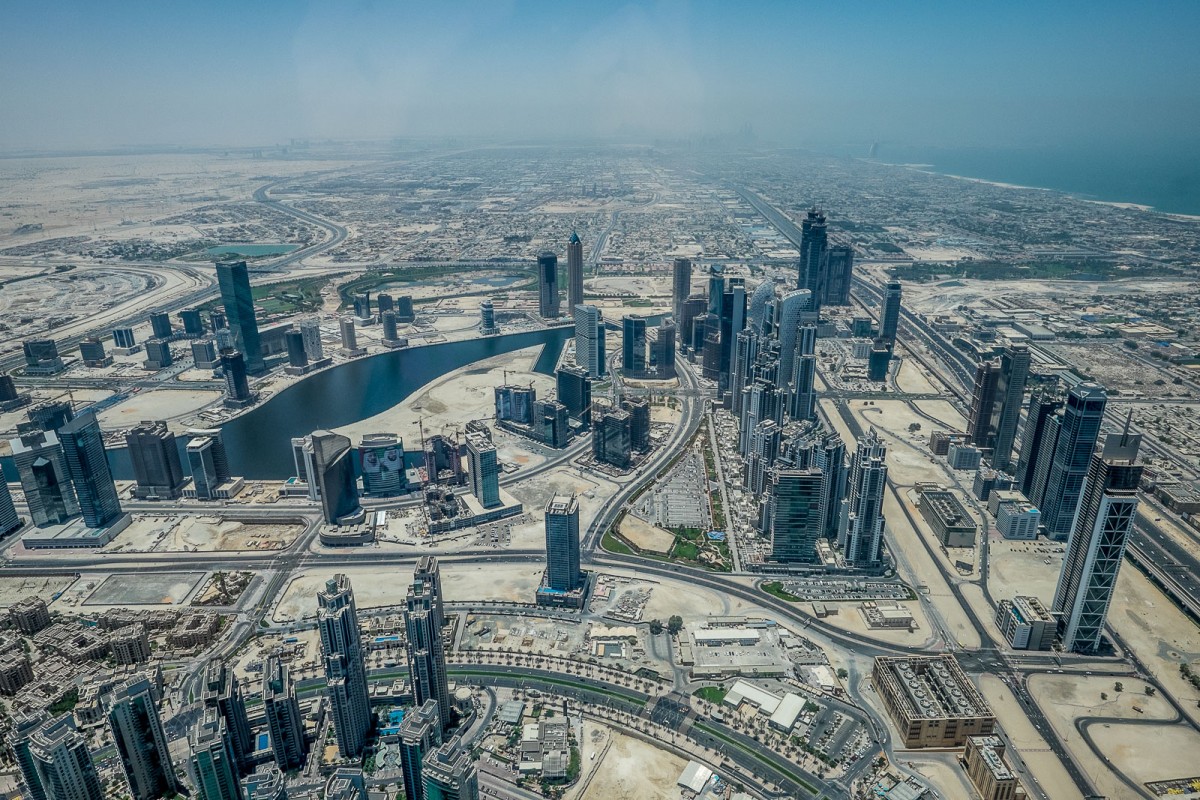 All photos were taken with the Fuji X-T1.